An iconic street food of British cuisine, fish and chips have ancient and rather uncertain origins. History and curiosities about the most loved dish by the British. “Cheap as chips”. It is one of the most popular English sayings. Low-cost, practical and very tasty, fish and chips is one of the most famous specialties in the United Kingdom, first a meal of the working classes and then exceptional street food sought after by all tourists. But how was the recipe born?

Fish and chips in wartime

Surviving even in difficult times, battered fish with chips was one of the few foods not to be rationed during World War II. No restrictions, indeed: it has always represented a lifeline for the country in times of famine, as George Orwell also explains in his 1937 “The Road to Wigan Pier”, in which he describes the dish as one of those comforts food that helps keep the crowds alive, active and happy, so as to “avoid the revolution”.

The combinationsWhere to find the best fish and chips Many debates about its origins, but there is one detail on which the British unanimously agree: the best fish and chips can be enjoyed on the beach, in the typical foil, walking along the coast and enjoying the smell of the sea. It is common opinion, in fact, that fish and chips are a typical London dish, but in reality there are very few quality restaurants in the British capital. To find valid products, you have to go beyond the boundaries of the metropolis, sometimes even beyond the English ones. 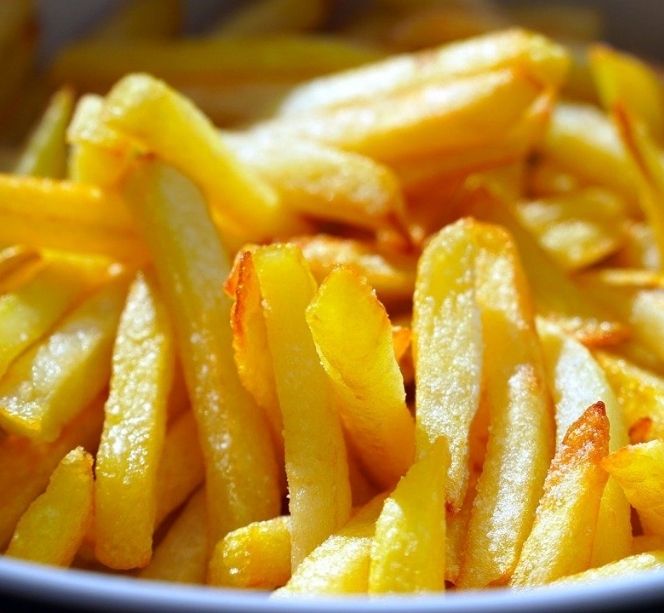 Fish and chips The birth of chips

There are many legends about the origin of the dish. A product that seems to have been born – as often happens – out of necessity: the most accredited theory, in fact, is the Belgian one, which wants chips to have been invented to replace fried fish during the winter, when the Meuse froze making it impossible to fishing. Thus, the women began to cut the potatoes lengthwise, trying to shape them in the shape of fish.

Plate of fish and chips Fish and chips: fried fish In the same period, battered fish appeared for the first time in Great Britain , introduced by Jewish refugees arriving from Portugal and Spain. A dish that was immediately conceived as street food, served by street vendors on large trays hung around the neck, and which achieved immediate success. Democratic and affordable for everyone, battered fish could be appreciated by anyone, even the less well-off social classes. Charles Dickens also talks about it in “Oliver Twist” (1837), referring to a “ fried fish warehouse ”, one of the first fried fish shops of which there is written evidence.

Fish and Chips with Herbs A winning combination

It is always Dickens who describes the ingredients served in combination, from bread to baked potatoes. It remains a mystery, however, who was the creator of one of the happiest and longest-lived weddings in British cuisine: fish and chips. North and South of England have long claimed the origin of this winning combination, but so far no sure written record has been found.

Fish and chips with herbs

Fish and chips: the origins of the recipe, from Lancashire to East London

According to legend, it was a well-known entrepreneur from the North, John Less , who started creating the dish in a shelter at Mossley Market in Lancashire, in the second half of the nineteenth century. But there are those who, again, trace everything back to Jewish immigrants: in particular, to Joseph Malin, a resident of East London who in 1860 opened the first themed kiosk. 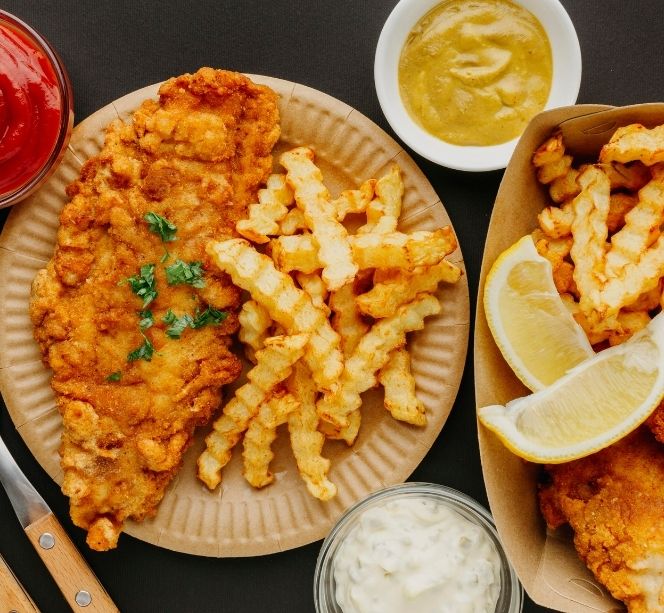 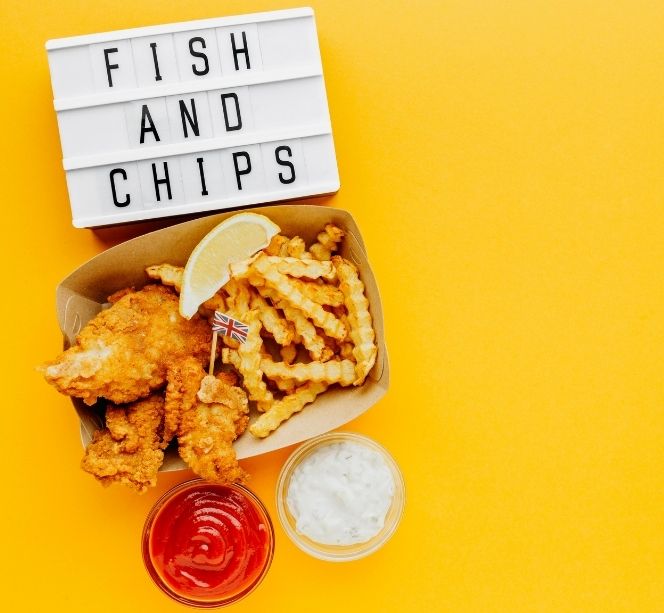 Fish and Chips The symbolic dish of the working class

Beyond its origins, fish and chips is a specialty that immediately gathered the enthusiasm of many, especially those belonging to the working class, for whom it represented a tasty break from the rule, to be enjoyed as an alternative to modest and always the same as the daily diet. The kiosks then began to spread throughout the country, and soon became a fundamental part of Victorian England, like trains and factories.

The arrival in Scotland and Ireland

A story that is also intertwined with that of Italian migrants: it was they, in fact, who identified the potential of the dish, glimpsed a chance to do business and thus began opening shops in Scotland, Wales and Ireland. In particular, folk tales tell of a certain Giuseppe Cervi , who in Dublin at the end of the nineteenth century began to sell fried fish and roast chestnuts, a not too successful combination that was soon replaced by fish and chips.

The National Fish and Chips Awards

There is a national competition dedicated to all UK addresses: the National Fish and Chips Awards annually reward places that offer the best fish and chips in the country. The winner in the latest edition of 2019 is Krispies Fish & Chips in Exmouth, County of Devon, followed by Captain’s Fish and Chips from Hoddeson, Hertfordshire and Low’s Traditional Fish & Chips from Westhill in Scotland.